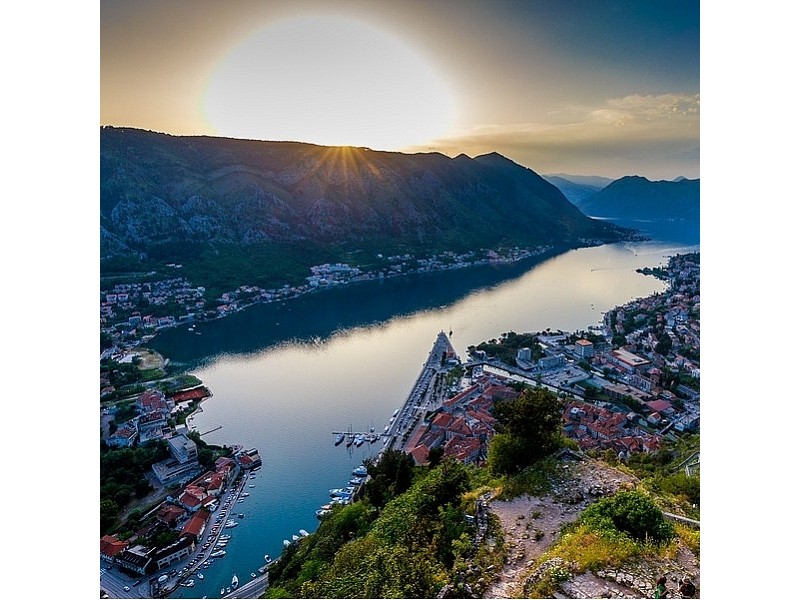 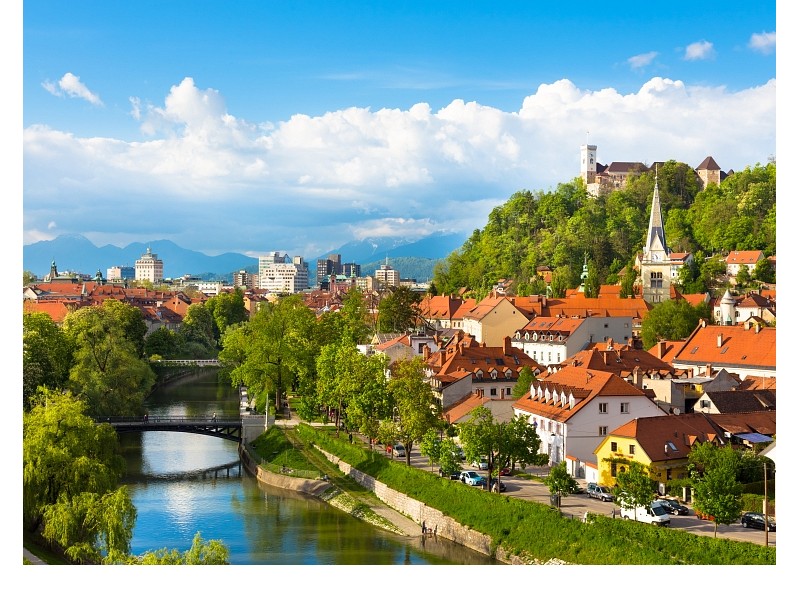 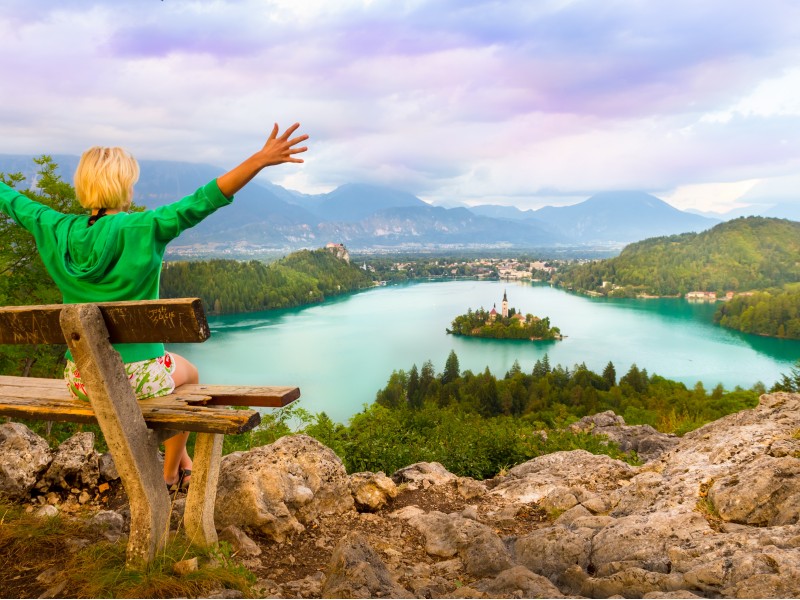 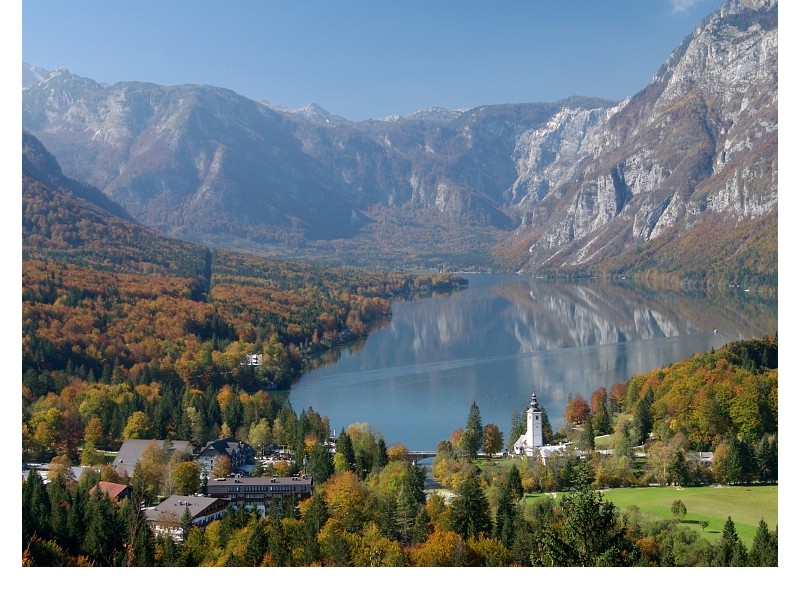 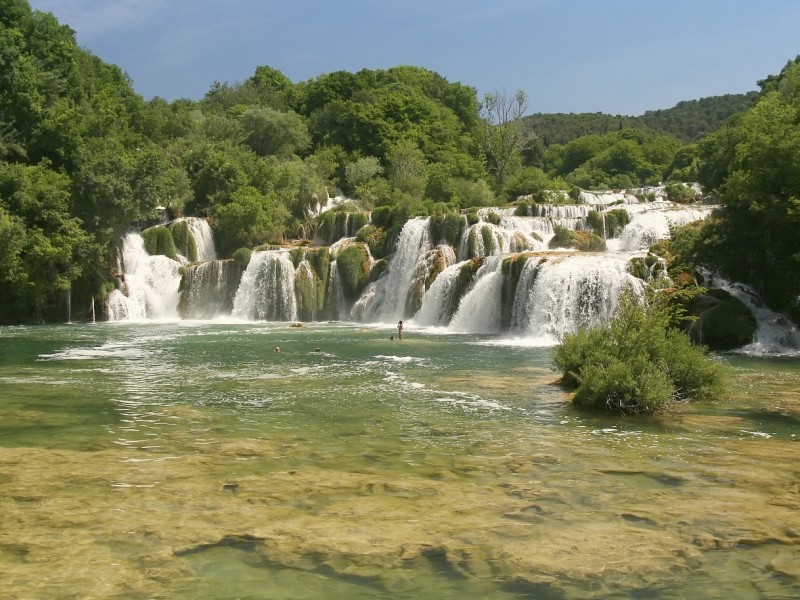 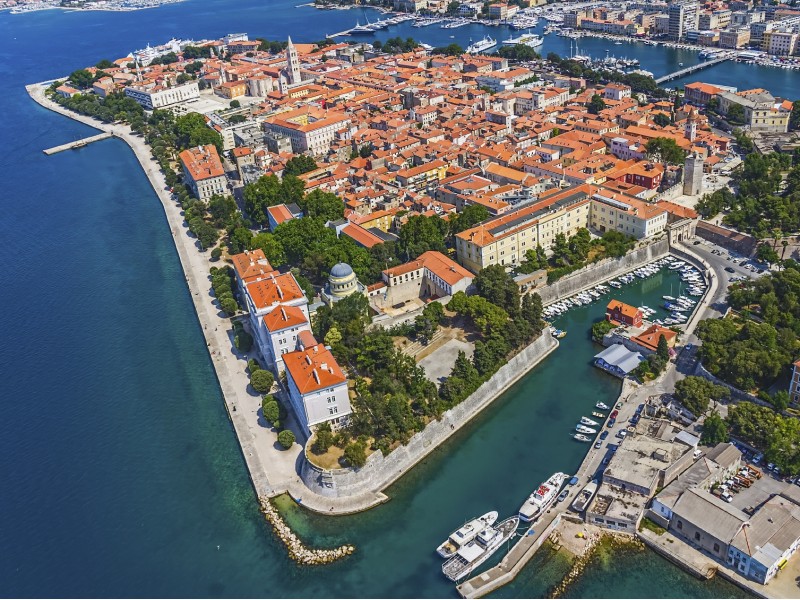 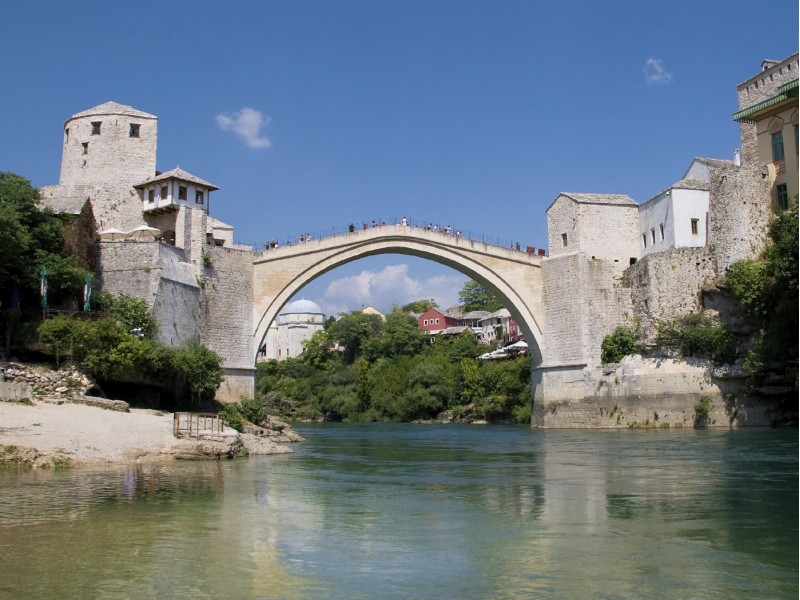 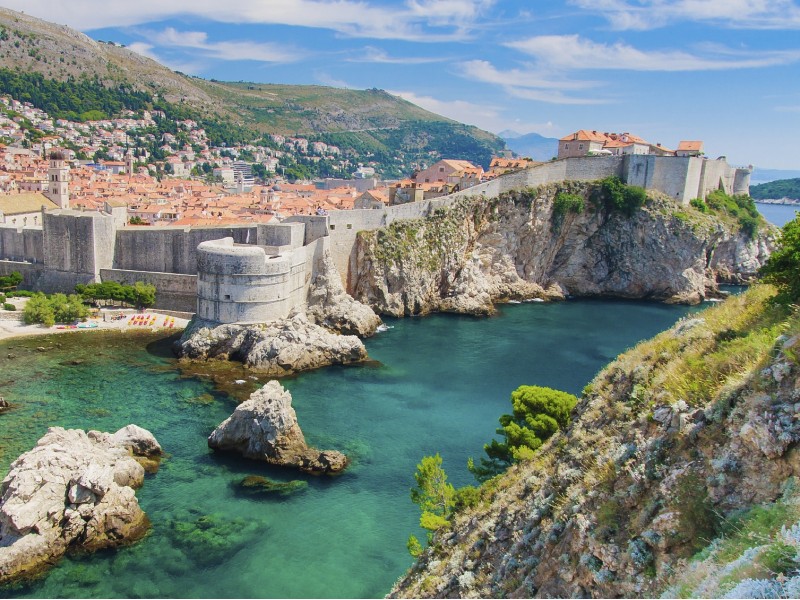 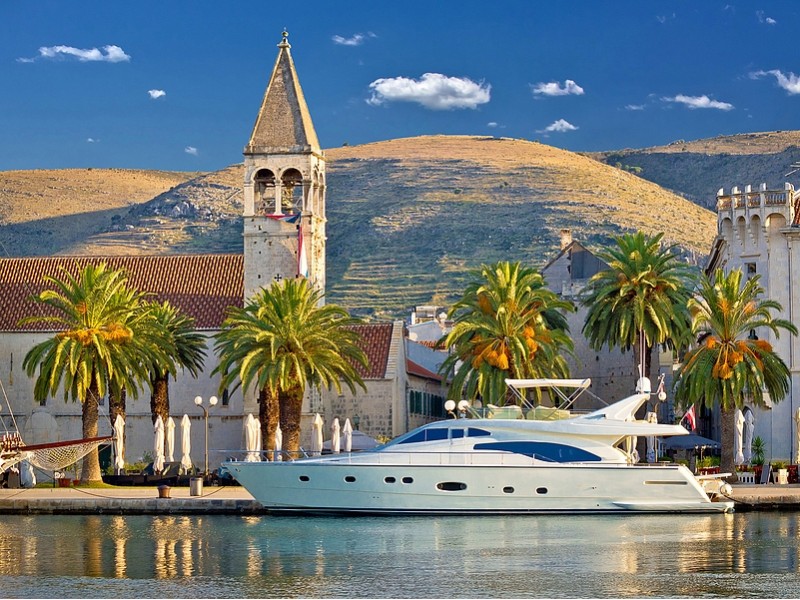 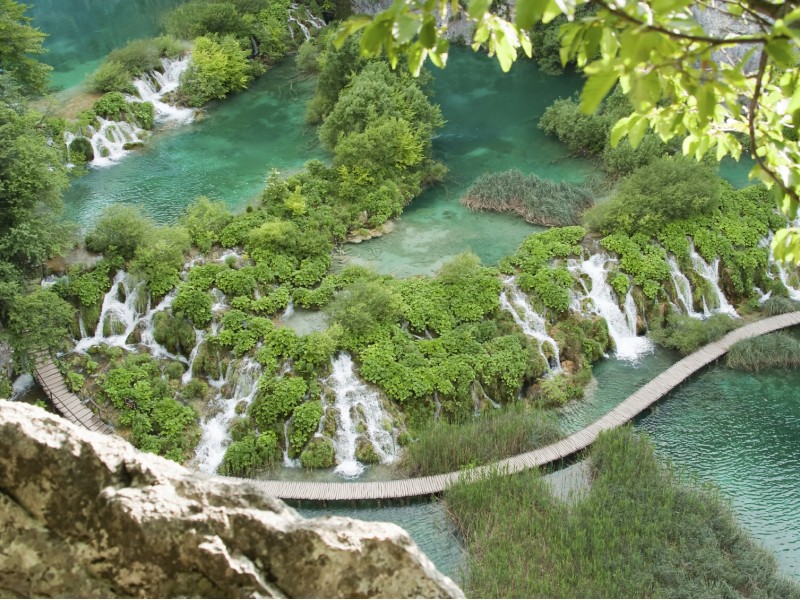 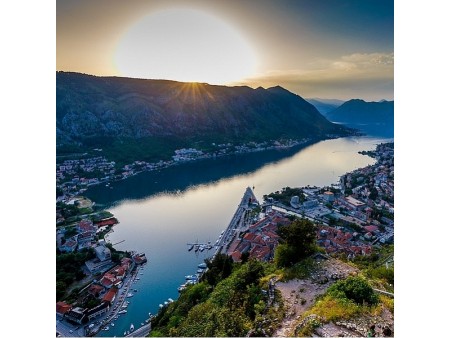 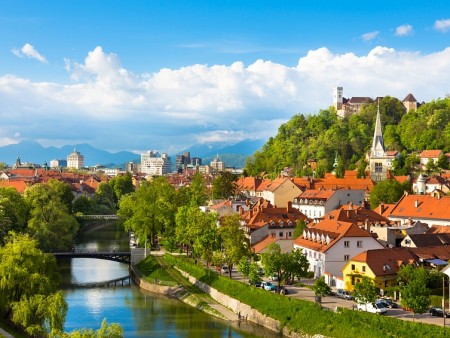 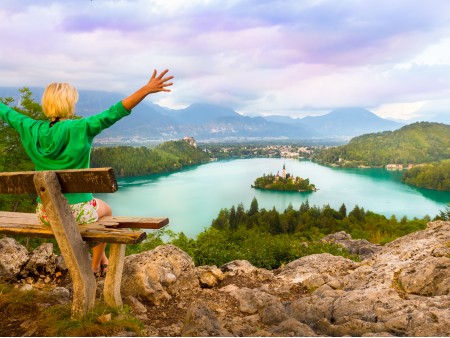 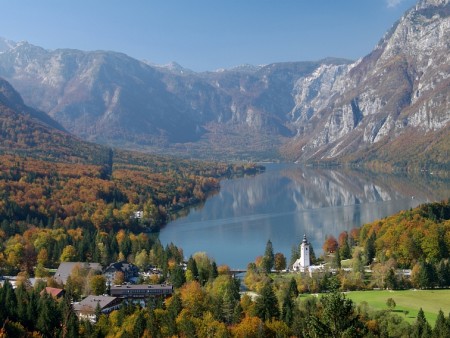 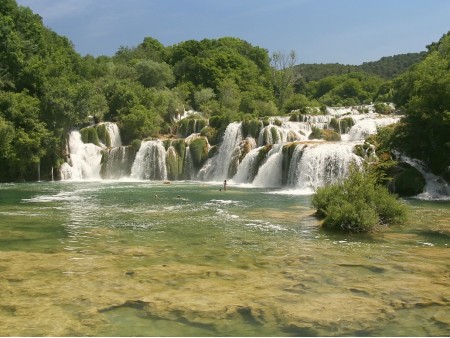 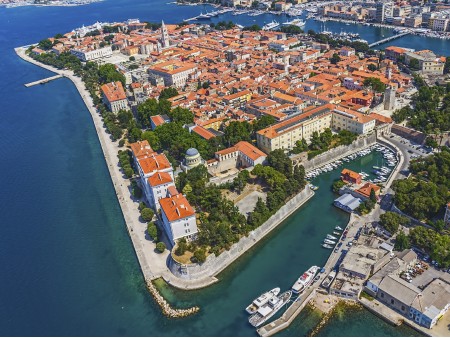 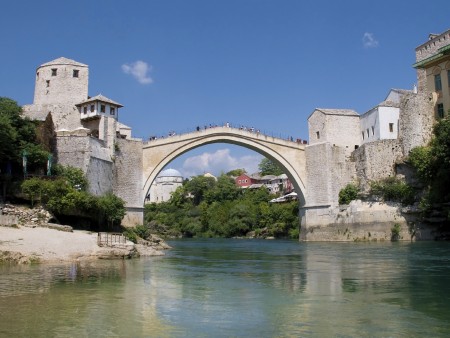 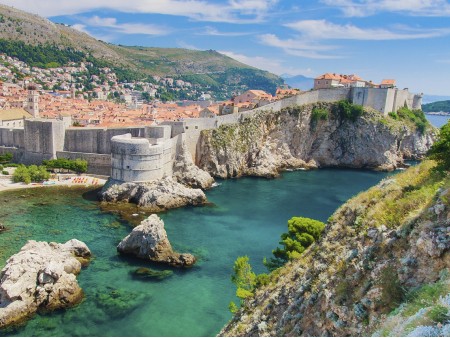 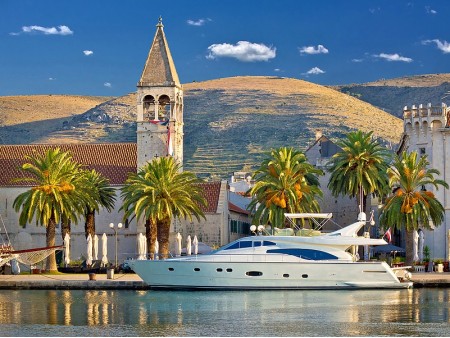 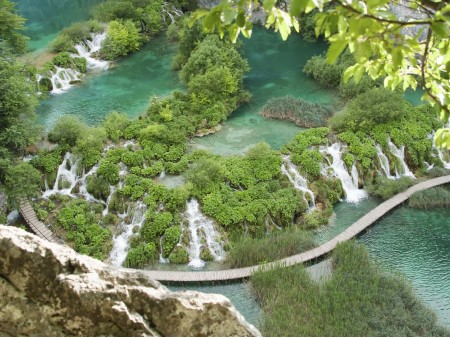 Slovenia, Croatia, Montenegro, Bosnia and Herzegovina. Balkan tour presents you the higlights of 4 Balkan countries, their history, nature and food.
Ask about product

Slovenija-Croatia-Montenegro-Bosnia and Herzegovina. Balkan tour takes you through the higlights of 4 Balkan countries. Slovenia's capital Ljubljana and the beautiful alpine lakes Bled and Bohinj, the Adriatic sea and Croatia's jewels Zadar, Trogir, Split and Dubrovnik, Kotor in Montenegro and Mostar in Bosnia and Herzegovina. Several UNESCO listed sites, great historical monuments, unique nature and many hospitable locals and their great dishes and drinks.

Arrival of plane. Transfer to the restaurant for lunch.

After sightseeing, we go to dinner at a restaurant, then we retire at the hotel for the day.

OPTIONAL TOUR: Ljubljana castle with the cable car and the Ljubljanica boat ride.

After breakfast we departure from Ljubljana on Gorenjska highway towards the "jewel of Slovenian Alps", the city of Bled.

After arrival we’ll head down to the lake and take a ride with a Pletna, which is a typical boat in Bled and take a look at the island in the middle of the lake with a church on it. We will take a short drive around lake Bled and take a guided walk up to the castle above Bled. After the castle group tour lunch break follows at the cinese restaurant.

After lunch, we head off to Vintgar, couple of kilometers away from Bled, where we’ll take a walk along one point six kilometer long beautiful river valley, which was shaped by the river Radovna.

The tour continues to the biggest glacier lake in the heart of the Julian Alps, lake Bohinj. There we take a stroll around the lake for a photo opportunity. You can see the church of St. John the Baptist and and the beautiful sights of the Bohinj lake.

Gathering at the bus and drive back to Ljubljana, dinner at a restaurant.

After breakfast in the hotel, we will visit the Postojna underground cave, the second largest tourist cave in the world, and admire its limestone formations such as stalagmites, stalactites, curtains, etc. The Postojna Cave is a 20-km long karst cave system, a web of underground passages, galleries and chambers, visited by over 33 million people in almost 200 years. It is both, the largest cave of the classical carst and the show cave with the largest numbers of visitors in Europe.

In 1872, railway tracks were laid in the cave and in 1884 electricity was installed. Nowadays visitors can satisfy their curiosity by learning about how the caves came to existence, by having a look at the passages and chambers, and above all by looking at stalagmites rising up from the cave’s ground and stalactites hanging down from its roof.

After lunch we continue to the coastal city of Zadar. Dinner at the restaurant and transfer to the hotel.

After breakfast in the hotel, we head towards Split.

We take a guided tour of Split. Split is one of the oldest cities in the area. While traditionally considered just over 1,700 years old, counting from the construction of Diocletian's Palace in 305 CE, the city was in fact founded as the Greek colony of Aspálathos in the 4th century BC, about 2,400 years ago.

We head to Neum where we have the dinner at the hotel.

OPTIONAL TOUR: Krka National Park. It lies within Šibenik-Knin County, and covers a total area of 109 km² of the loveliest sections of the Krka River, and the lower course of the Čikola River. The national park is a vast and primarily unaltered area of exceptional natural value, including one or more preserved or insignificantly altered ecosystems.

After breakfast we head to Dubrovnik, the 'Pearl of the Adriatic', situated on the Dalmatian coast, became an important Mediterranean sea power from the 13th century onwards. Although severely damaged by an earthquake in 1667, Dubrovnik managed to preserve its beautiful Gothic, Renaissance and Baroque churches, monasteries, palaces and fountains.

We take a guided tour of historic Dubrovnik and have lunch in the city.

Afterwards we head to Montenegro to visit majesic Kotor. The old Mediterranean port of Kotor is surrounded by fortifications built during the Venetian period. It is located on the Bay of Kotor (Boka Kotorska), one of the most indented parts of the Adriatic Sea. Some have called it the southern-most fjord in Europe, but it is a ria, a submerged river canyon. Together with the nearly overhanging limestone cliffs of Orjen and Lovćen, Kotor and its surrounding area form an impressive and picturesque Mediterranean landscape.

We head back to the hotel and have dinner at the hotel.

After brakfast we travel to Mostar. The historic town of Mostar, spanning a deep valley of the Neretva River, developed in the 15th and 16th centuries as an Ottoman frontier town and during the Austro-Hungarian period in the 19th and 20th centuries. Mostar has long been known for its old Turkish houses and Old Bridge, Stari Most, after which it is named. It is part of UNESCO heritage. We take a guided tour of Mostar. After the tour, we have lunch at the local restaurant.

After lunch we head towards Trogir, a historic town and harbour on the Adriatic coast in Split-Dalmatia County. The historic city of Trogir is situated on a small island between the Croatian mainland and the island of Čiovo.

Since 1997, the historic centre of Trogir has been included in the UNESCO list of World Heritage Sites.  After lunch we take a guided tour through the Trogir streets.

We go to a hotel in Trogir to have dinner and prepare for the next day.

After breakfast we head towards Plitvice Lakes National park.

After the tour we head towards Zagreb, the capital city of Croatia. Dinner at a local restaurant and check in at the hotel.

After breakfast we take a guided tour of Zagreb. After free time for lunch - depending on your departure time - we can aso head to the shopping centre district to make some last minute shopping.

We transfer you to the airport and wish you a great flight home! Hope to see you again!

From Venice To Vienna - 6 day multy country tour
The canals of Venice, the glory of Viena, green Slovenian countryside and great food offer, Slovenia is culinary destination of 2021
Query for price
Slovenia holiday

Venice Day Trip from Ljubljana
Venice Day Trip. World famous city, built on the water and the scenery of many films. Venice is more than just palaces and galleries – visit it with us!
Price per person:
169,00 €
Slovenia holiday
Cookie - Analitics
They are used to record the website's obscurity analysis and provide us with data to provide a better user experience.
Cookie - social
Cookies required for plug-ins for sharing content from social media sites.
Cookie - marketing
They target targeted advertising based on past user's activity on other sites.
What are cookies?
Accept all
By visiting and using the site, you consent to the use and recording of cookies.OK Learn more about cookies